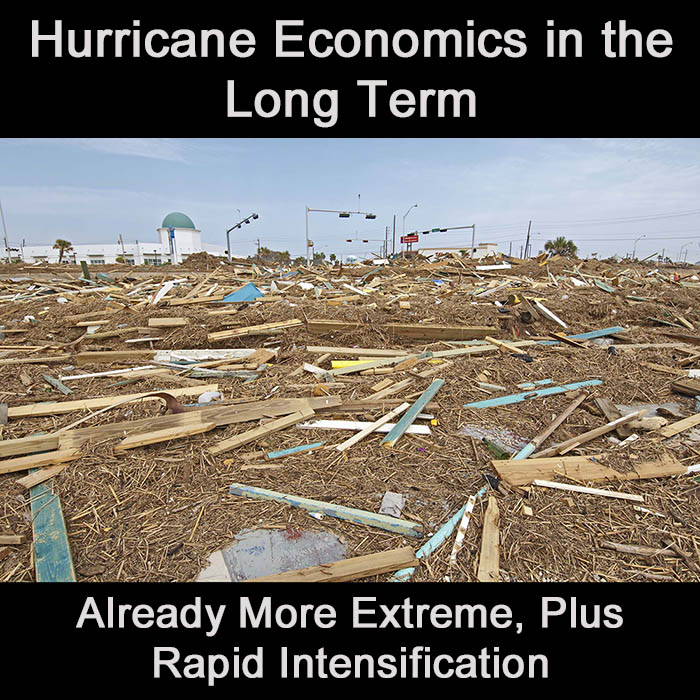 Texas A&M and the Army Corp of Engineers have completed their economic justification for the Ike Dike hurricane flood surge protection plan that is destined to fail because of sea level rise — unless we reverse warming. Failure aside, the plan offers economic insight into the long-term economic impacts of a hurricane strike in a very heavily populated and industrialized coastal zone.

The purpose of the study was to support the construction of the Ike Dike Coastal Spine, a 70 mile long surge wall 16 to 20 feet high that is supposed to protect the Houston Metro area from hurricane storm surge. Modeling was done with the contemporary population of 4.4 million including industrial facilities. The study found that a 500-year storm surge (20 feet max) would result in an eight percent decrease in Texas Gross State Product by 2066 with a price tag of $863 billion, or $17 billion per year for 50 years on average. The Ike Dike would reduce economic impacts by 75 percent from $863 billion by 2066 to around $215 billion.

It’s important to note that the modeled storm only has a surge of 20 feet at the worst and climate change is poorly considered. The 500-year storm surge of 20 feet is a shadow of what could and what has happened, and what will certainly happen in the future with much greater frequency on a warmer planet.

These brand new numbers in Atlas 14 however, are biased low. It takes at least 30 years of weather records to create a statistically valid trend. The rain bombs responsible for the increased extremeness of storms have only been happening for the last 10 to 15 years. Though these new numbers are for rainfall, it’s storm surge and the Ike Dike design height of 16 to 20 feet that is concerning.

Hurricane Camille’s 1969 surge record of 24 feet was greatly surpassed by Katrina’s 2005 34-foot surge, and they both occurred in exactly the same spot. It’s the extremes that matter. Extremes have radically increased and will further increase even with best-case emissions reductions scenarios with a target of 1.5 C and overshoot warming to 1.8 C while we get our climate reform act together. 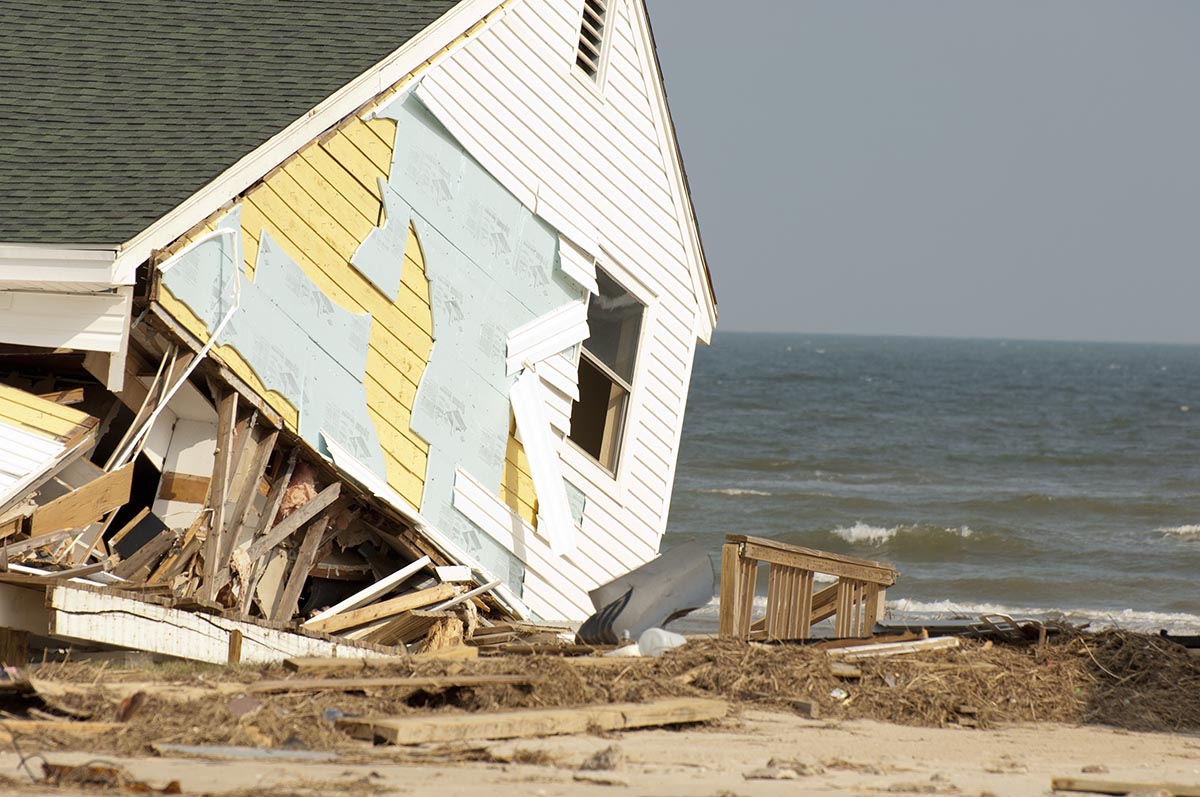 The report is also significantly understated. It only looked at three counties in the Houston Metro area, Harris, Galveston and Chambers. It did not include Brazoria and Fort Bend Counties immediately adjacent and west of Harris and Galveston Counties. These two counties have a population of well over a million and include the Dow Chemical complex immediately adjacent the coast in Freeport. The Brazosport Chamber of Commerce calls DOW, “the world’s largest integrated chemical manufacturing site.”

Adding Fort Bend and Brazoria Counties and “the world’s largest integrated chemical manufacturing site” likely pushes the total 50-year impact to well over a trillion dollars or greater than $20 billion annually for 50 years. This is an excellent guidepost from which to start thought on future hurricane impacts with much higher sea level.

The climate change context cannot be underplayed and the findings above consider a modeled hurricane strike today and a sea level rise quantity is not defined. Looking at their references, the largest sea level rise that could be considered is from the 2000 Intergovernmental Panel on Climate Change report of about 27 inches.

The most aggressive sea level rise projection in the literature to date comes from NOAA’s 2017 Global and Regional Sea Level Rise Scenarios for the United States. Their mean sea level rise for 2100 is 8.5 feet, but it’s their 100-year tide that is ignored in popular reporting that demands to be heard. The 100-year occurrence is what engineers have decided is the gold standard for safety and what the insurance industry uses a best practice protection. NOAA’s Sweet 2017 says the 100-year tide is 13.1 feet above today by 2100. Storm surge is on top of this tide.

One last piece of climate culture that has changed very recently is how global heating has influenced the extremeness of tropical storm systems.

The reason this wind shear phenomena thinking has now changed is new higher resolution modeling shows that while upper level wind shear is increased in some areas because of warming, it is decreased in other areas, one of which is the western Central Atlantic and Gulf of Mexico. This decrease in wind shear allows more and higher intensity storms to form and specifically, the increase occurs in a way that is labelled rapid intensification.  Rapid intensification is quite concerning because it means hurricanes can spin up to very dangerous levels in near coastal areas without enough warming for on shore preparations to take place.

The reason this rapid intensification has increased so dramatically is explained in an article in April in the Journal of Geophysical Research – Oceans. The increase is cause by a dramatic increase in ocean temperature, and especially deeper ocean temperature in the near shore region. Ocean heat is the fuel for hurricanes. The deeper the heat extends, the greater the intensity of the hurricane that is possible.

Findings published by the National Oceanic and Atmospheric Administration (NOAA) in February show that from 1982 to 2009, rapidly intensifying hurricanes tripled in number in the Atlantic Basin.

According to the National Hurricane Center in an article in the Guardian in October 2018, since the NOAA study above in February that looked at hurricanes 1982 to 2009, 2010 and 2017 are now ranked number 3 and number 1 in rapidly intensifying hurricanes.

In the Atlantic Basin, hurricanes an definitively and wildly — already — far more intense than ever before. The old talking point that hurricanes have not yet intensified because of global warming has radically been refuted.

Evaluating the Effects of a Coastal Spine – National Level Economic Ripple Effects of Storm Surge Events, Texas A and M and Army Corp of Engineers, May 21, 2019.