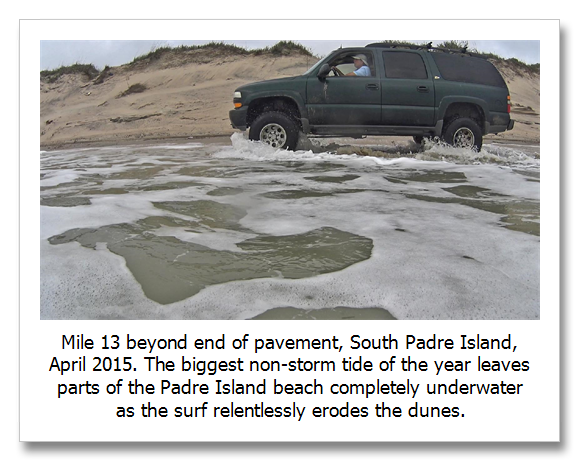 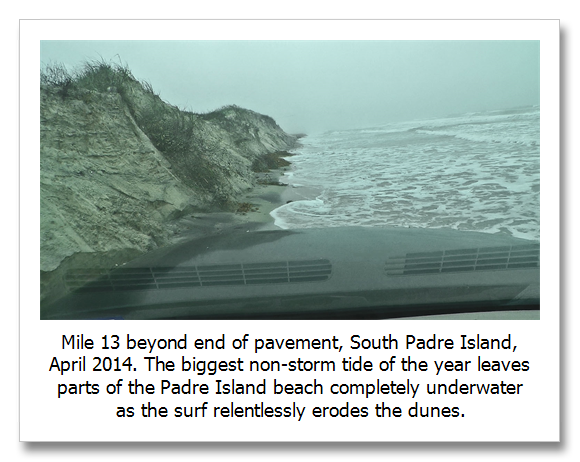 Barrier island make up about ten percent of the world’s coastline and represent one of the most important coastal ecological resources.They also have an extremely fast and efficient way of recovering from what the weather may bring.

High tides associated with coastal storms erode the face of dunes and bring sand, blown there by incessant winds, down into the surf zone. Over relatively short periods of time, this sand is blown back into the dune system and the barrier island reforms its line of defense.

This recovery or regeneration is dependent on a relatively stable sea level. Rates of sea level rise greater than about 7 mm per year result in barrier island disintegration. The US climate Change Science Program describes this relationship (see reference below).

The tricky part of this concept is that sea level rise consists of many things, natural and man made. We are currently experiencing about 3.4 mm of sea level rise per year from melting ice and expansion of ocean water as it warms. This is far below the disintegration threshold, but it is not the only thing affecting sea level rise.

On Texas’ Padre Island, the apparent sea level rise is about 5.4 mm per year, much closer to the disintegration threshold. The additional apparent rise is caused by natural and man made subsidence and sand starvation from the damming of rivers. But there is more to the story.

Local winds and currents can increase or decrease the amount of sand available to the barrier island’s beaches. On Padre Island, a north bound and southbound current meet at a place called the Devil’s Elbow, or the big bend in the coast of Texas south of Corpus Christi. Historically, this area has seen less apparent sea level rise than the rest of the beach because additional sand accumulated there where the two currents met.

These currents are caused by persistent seasonal winds. As we warm, spring comes earlier and the dominance of southerly winds increases, changing the historic sand deposition regime. At the same time , local geologic conditions and man made factors like jetties also cause sand starvation and increased deposition. The beach will increase in size on the current side of jetties and be scoured away on the down current side.

At the Devil’s Elbow and many other places along Padre Island, the beach has been eroded to almost nothing and now the sand dunes are being eroded. This is happening under non-storm tide and wind conditions demonstrating that Padre has crossed the disintegration threshold in these places.

This new research, performed  at the University of North Carolina, describes this beach regeneration relationship as it relates to sea level rise and storm events. As sea level continues to rise, after each storm event the beach more slowly recovers. Dunes build more slowly because dune stabilizing plants cannot colonize until the dunes have regrown to a certain height above sea level.

This means that the overall recovery between storms is smaller, leading to more extensive erosion during storm events. In Texas and likely many other areas, decreased rainfall (or an apparent decrease in available moisture because of greater evaporation because of warmer temperatures and  a longer warm season) creates an environment where plant recolonization is slower. This exacerbates the ability of natural beach regeneration to rebuild the barrier island.

What this research shows is that once sea level rise reaches a certain rate, barrier islands can no longer keep up and disintegration begins.