Calling all earthlings: Climate change communications may as well be from aliens, by Bruce Melton 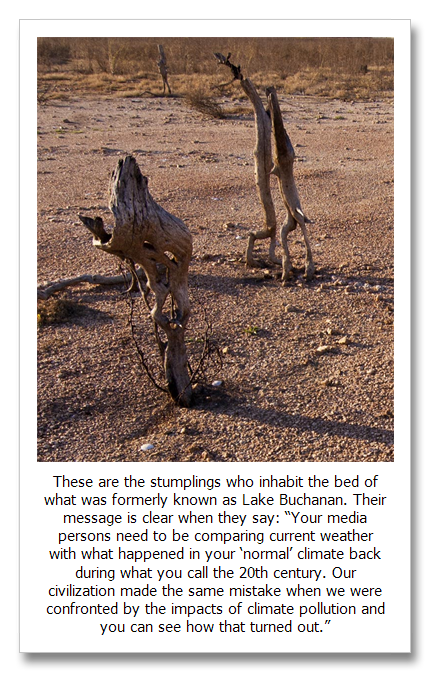 We earthlings who are not climate scientists do not have the telepathic powers necessary to understand how our climate is truly changing. Someone must tell us directly. Local temperature change is a prime example. We’ve heard a lot of “warmer than normal” since about the turn of the century, but when the details get broken down, accuracy falls behind.