Climate Change: What Should We Do? 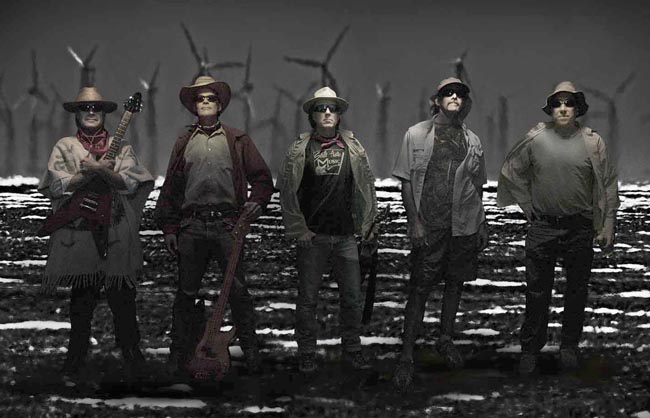 We (the royal we) have great challenges as climate reform decision makers. If our controlling leaders were not climate losers, what would it be that we should be doing right now as our major climate pollution action item? Out of all of the strategies available, which one, or which group of strategies are the most important? Which strategies–what thing–should we prioritize on our critical path to prevent dangerous climate change? What should we do first? And, who are we doing these things for, and how do we know we are doing the right things?

The answers are nowhere near straightforward. But what is clear, is that the strategies of the strategies developed in the twentieth century,that we have been practicing implementing, or planning to implement for what is really 30 years now, these things are badly dated because of the great delay itself. Since 1985 we have emitted as much carbon dioxide as we emitted in the previous 250 years. The challenge is now far more extreme than emissions reductions alone can manage.

I get a lot of flack for being a catastrophist during my “Three Minutes for Climate” at the beginning of every Sierra Club meeting in Austin, so heads up: Me and the band are going to present the following as a five verse blues tune, no chorus, in E, guitar lead between each verse, driving base, killer keys, wailing blues harp interspersed–It’s all bad in the blues, but we enjoy the blues as music–so enjoy the following! (you can enjoy more of the band here…)

What Should We Do?

It is obvious that the next great extinction event has begun and mankind is pushing out species at a rate exhibited only in the past five extinction events, basically since life began. But few put numbers to the event. For about the last 20 years, trillions of forest life forms across western North America have given their lives as 89 million acres of forest have been killed by native bark beetles overpopulating because of warming. Globally significant ecoregion ecology has been shattered. The loss of life was possibly even more profound in The Amazon, where over 2 billion trees were killed by drought in 2005 and 2010, flipping that globally recognized environmental keystone from a carbon sequestration resources to a greenhouse gas emissions source–emitting half as many greenhouse gases as Brazil does every year.  What does this mass die-off mean for our children; that we are now reducing our carbon footprints for; some of us by 100 percent or more?

In other words, the Sixth Great Extinction is now well underway. It is ongoing not only because of mankind’s larger and larger footprint, but because of warming already experienced, not future warming. Only cooling can prevent or reverse this event. How much cooling do we achieve through greenhouse gas emissions reductions, or even 100 percent decarbonization and a complete extinction of the fossil fuel industry?

Sokolov 2016 (MIT) says that if the Paris Commitments were completely implemented according to the Paris timeline, we would not cool. Total warming above preindustrial by 2050 would be 2.1C, and 3.5C warming by 2100.  The mass die-offs represented by the beetle kill in western North America and drought in The Amazon are just a sample of what is happening already. California lost 100 million trees in their recent drought. Texas lost 300 million in 2011 alone and Texas has had three tree killing drought pulses since the mid-2000s.

Turning back to the MIT report (Sokolov 2016 above), their best-case scenario limits warming to 2C  and includes about 50 Gigatons of negative emissions, or 25% to 50% more CO2 than we emit every year. Warming under this 2C scenario (not cooling) by 2050 would be double what we have already seen at 1.9C and would continue to slightly warm to about 2.1C by 2100. MIT has no projections beyond 2100 but Menshausen 2010 does. This research is the basis for the RCP scenarios that IPCC uses to project climate. Their methodologies are out of date and less extreme than the current MIT work (because of further delay in action since 2010) yet Meinshausen’s best-case scenario, with Paris’ 80 percent reduction by 2050, says that the global temperature does not return to today’s temperature for 135 years, and to zero for well over 1,000 years.

Emissions reductions have great meaning to a sustainability society. As a state chapter board member of Sierra Club, I can attest to this. But there is a great gulf between what these 30 year old climate reform emissions reductions strategies can actually do for climate change, and what needs to be done to protect living humans on this planet right now. The delay has been immense.

Very strong negative emissions are needed to reduce temperature, otherwise we continue to warm. The quantity of annual emissions reduction needed–negative emissions or atmospheric removal of already emitted carbon dioxide–is between 250% and 500% of annual emissions depending on if we are attempting to arrest abrupt change, or just stop the mass extinction. Emissions reductions help, but alone, they allow the mass extinction to fulfill, and abrupt changes to complete their initiations. Either of these things are what are called unrecoverable scenarios.