Hyperbole in Climate Activism: Beyond the Evolution of Mankind’s Civilization

I recently had the privilege of being the second reader on a thesis titled: Climate Change Virtue Ethics and Ecocriticism in Undergraduate Education, Barbara Krueger. Basically, this work evaluated the role of ethics and virtues in climate change education. 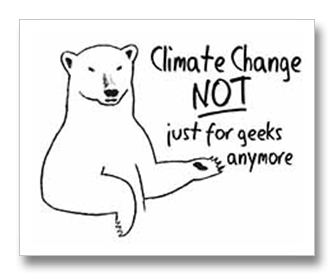 To put the topic in my own words, to convey a chapter of climate change ethics I have been conveying for a decade now; climate science knowledge is like a building on fire. Is this hyperbole or something else?

Climate science educators and the people we educate have acquired knowledge of climate science that, in general, is not held by society at large. Regardless of the possibility of hyperbole, we have a responsibility to share this knowledge. If a building is on fire and we know it but others do not, if we do not tell them, we commit a sin against our fellow human beings.

Now, is climate change really like a building on fire? This is up to you to decide. I purposefully chose those words to illustrate hyperbole. Personally, I think climate pollution and anthropogenic climate change has created a world where our building truly is on fire, albeit, it is a slow fire, but one that has a history of true and factual catastrophic change.

Regardless of “building on fire,” if an individual has knowledge that can benefit her neighbor, or mankind, or anywhere in-between, should that individual have a responsibility to share this information?

Ms. Krueger conclusion to her literature review included a thought that illustrates this concept: “Climate change impacts require us to rethink many of the concepts and ideals that have been central to our understandings and aspirations. Climate change education and environmental education in general ultimately require more than imparting the science of the biologic, physical and chemical processes that run the planet Earth and the anthropogenic practices that are currently moving our global environment beyond the evolution of mankind.”

Dedicated readers of this Climate Discovery resource know that the consensus opinion is a long way from the rest of climate science and we risk changes that are even more dramatic than projected by the scientific consensus. However, using the words “destroying the earth,” even with “ as we know it” tacked on the end, gives a distinct impression of hyperbole. Once this impression is made, it is difficult to overcome.

We know about economic costs of damages projected by the climate science consensus. They are staggering but still within the realm of historical economic burdens on our society (world war). Abrupt change similar to numerous abrupt changes in the recent geologic past however, would create warming that could be 10 to 100 times greater than current climate science projections of warming without abrupt change. There is no hyperbole in this statement.

Yet we are changing the CO2 concentration some 14,000 times faster than anything from highly accurate ice core evidence in the last 800,000 years. “Destroying Earth” is just one example of hyperbole commonly used in climate change science advocacy. In reconciling this conundrum, I fall back on stating the obvious instead of using hyperbole, as the obvious is suitably profound.

Taking the sentence above that exemplifies this conundrum, substitute for “destroying the earth as we know it” with “moving our global environment beyond the evolution of mankind’s civilization.” is a far more accurate description that shy’s away rom perceived hyperbole.