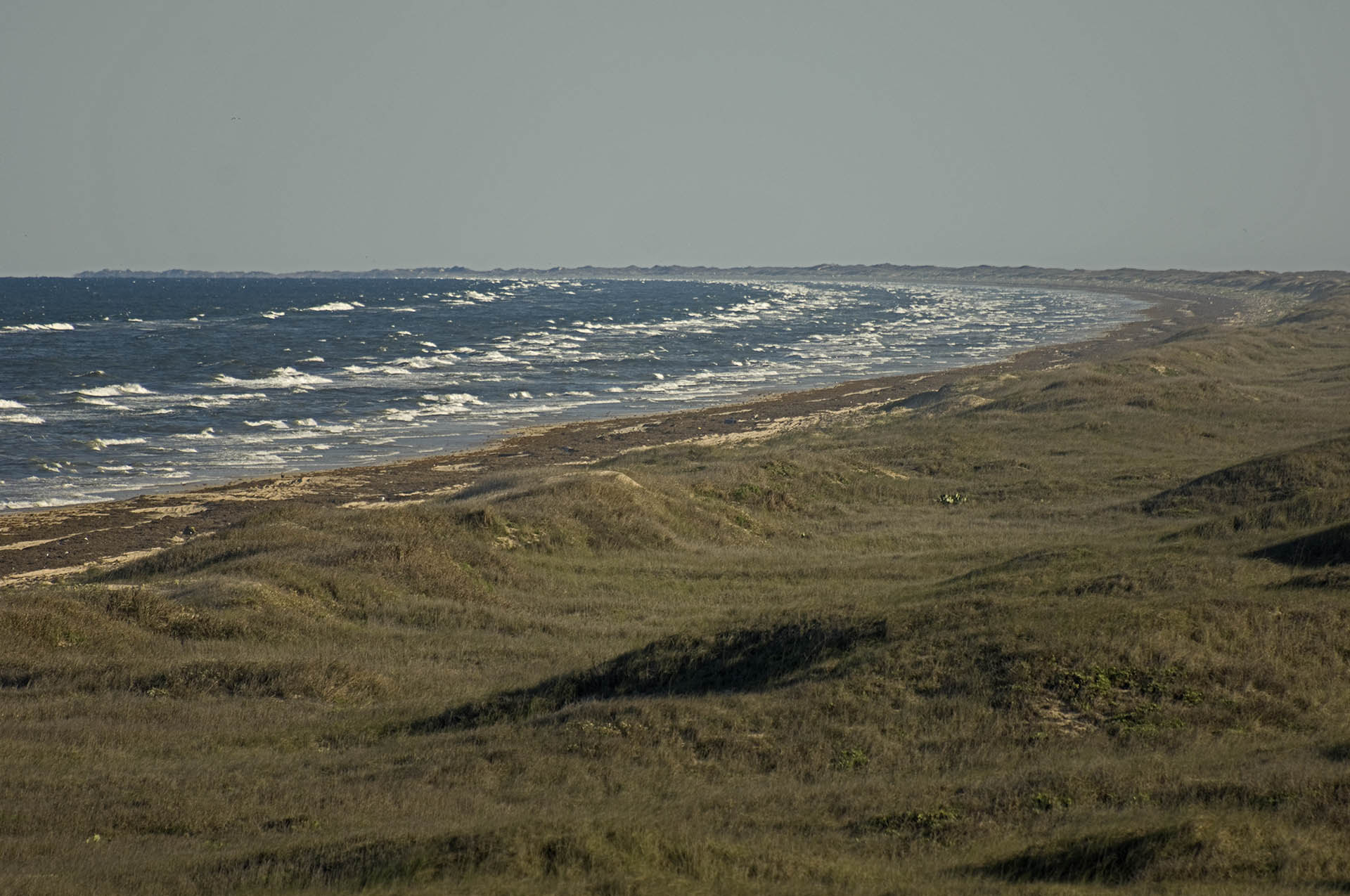 The Devil’s Elbow: Just about as far as one can get from anywhere in Texas, this is the big bend in the coast on Padre Island, 35 miles of four-wheel drive beach from the end of pavement. It’s hard to imagine that this beach will disappear because of abrupt sea level rise, but it is after all, only sand.

The greatest climate dude of all time has done it again. James Hansen, 32 year director of the U.S. national climate modeling agency, the NASA Goddard institute for Space Studies, published a new fundamental piece of climate work last month. He looks at the additional negative emission on top of Paris reductions that are needed to  achieve “non-dangerous” warming. Definitions needed:

This is anything that either reduces our annual emissions, or removes already emitted CO2 resident in our sky.  So 80 Gt (gigatons) of negative emissions is equal to the complete cessation of CO2 emissions by man of 40 Gt per year, plus removing another 40 Gt CO2 from our atmosphere through some technique  like direct air capture, reforestation, agricultural techniques, ocean fertilization, etc.

In 1990, when it was expected that we would begin immediate CO2 emissions reductions, the rationale for 2 degrees C warming was developed, but it’s the one-degree C limit that we should focus oup[on (and should have focused upon in 1990.) “Beyond 1.0 °C may elicit rapid, unpredictable, and non-linear responses that could lead to extensive ecosystem damage.” This describes abrupt changes  that are up to 100 time more extreme and 100 years faster than previously projected (see here.) The imitations of abrupt changes for collapse of the West Antarctic Ice Sheet, Gulf Stream and high altitude coniferous forests have begun.

Very importantly for the limits of dangerous climate change: abrupt changes are not included in IPCC work because they are not yet modelable to the extent required by the climate consensus. Prehistoric evidence  is not considered bcause it is not verifiable in our current climate through modeling. So abrupt change is simply not a part of current climate consensus or the policy upon which it is based. But the dangerous limits to climate change were created based on abrupt changes. And these limits were defined based on evidence from the past, when it was expected that we would begin emissions reductions immediately.

The reality of dangerous climate change then is that it is well underway with less than one degree C of warming To stop these abrupt changes, we must reduce warming, and emissions reductions alone allow even more warming to occur. This is the pickle that Hansen describes that is easily seen in the graph below if one is visually afflicted with the ability to see this sort of thing:

PgC is Picograms carbon or the same as Gigatons carbon; 1 Gigaton carbon is equal to 3.667 Gigatons CO2.

My summary as it relates to the goal of a healthy climate:  The scenarios presented by Hansen achieve a stabilization of earth’s temperature from about what it is today at 1 degrees C or 350 ppm CO2, all overshoot or continue to increase to near 1.5 C by 2050 to 2060 before falling back to 1 C by 2100.  This “overshoot” is simply additional warming because our climate is not at equilibrium. In other words our emissions are out ahead of temperature. The oceans are still cooling the atmosphere.

The three more aggressive scenarios (yellow, green and blue lines) that appear as likely scenarios today with strong decarbonization already appearing because of cheap solar and wind, include atmospheric carbon dioxide reduction of about 6 Gt (blue), 10 Gt (green), and 32 Gt (yellow) per year– in addition to the complete cessation of all fossil fuel emissions.

These large negative emissions, in addition to the complete cessation of all fossil fuel emission, would still allow our temperature to almost double from the 0.69 C warming of just 2014.

Because the abrupt change initiations we are seeing today have been building for years, we must assume then that even 0.69 degrees C of warming is far too much.

Because of abrupt change initiation, it is critical that we reduce warming, not allow overshoot.

Hansen et al., Final Paragraph: “There is no time to delay. CO2 extraction required to achieve 350 ppm CO2 in 2100 was ∼ 100 PgC if 6 % yr−1 emission reductions began in 2013 (Hansen et al., 2013a). Required extraction is at least ∼ 150 PgC in our updated scenarios, which incorporate growth of emissions in the past 4 years and assume that emissions will continue at approximately current levels until a global program of emission reductions begins in 4 years (in 2021 relative to 2020; see Figs. 9 and 10 for reduction rates). The difficulty of stabilizing climate was thus markedly increased by a delay in emission reductions of 8 years, from 2013 to 2021. Nevertheless, if rapid emission reductions are initiated soon, it is still possible that at least a large fraction of required CO2 extraction can be achieved via relatively natural agricultural and forestry practices with other benefits. On the other hand, if large fossil fuel emissions are allowed to continue, the scale and cost of industrial CO2 extraction, occurring in conjunction with a deteriorating climate and costly dislocations, may become unmanageable. Simply put, the burden placed on young people and future generations may become too heavy to bear.”