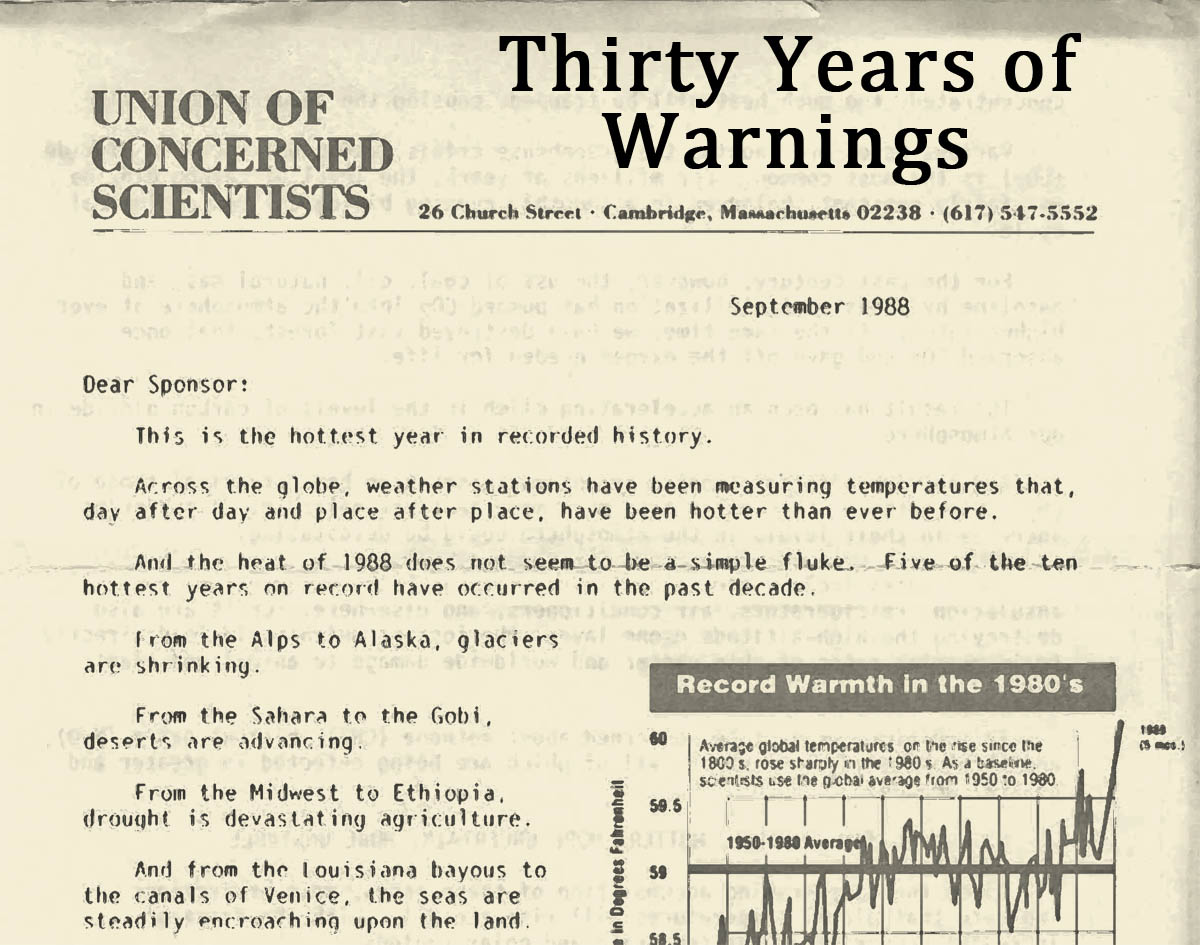 Thirty years of warnings and very little has changed. Except for a few numbers, this letter from the Union of Concerned Scientists could be dated 2018 instead of 1988. “Hottest Ever” or “________ of the last _______ years have occurred in the last decade” or “glaciers are shrinking” or “deserts are advancing” or “drought is devastating” or “seas are steadily advancing”: Was this all written yesterday or 30 years ago?

“Scientists cannot yet be positive that these phenomena are the result of steadily increasing temperatures, but
they are certainly consistent with the disastrous climatic changes projected from a phenomenon, called the greenhouse effect.” Today or 30 years ago?