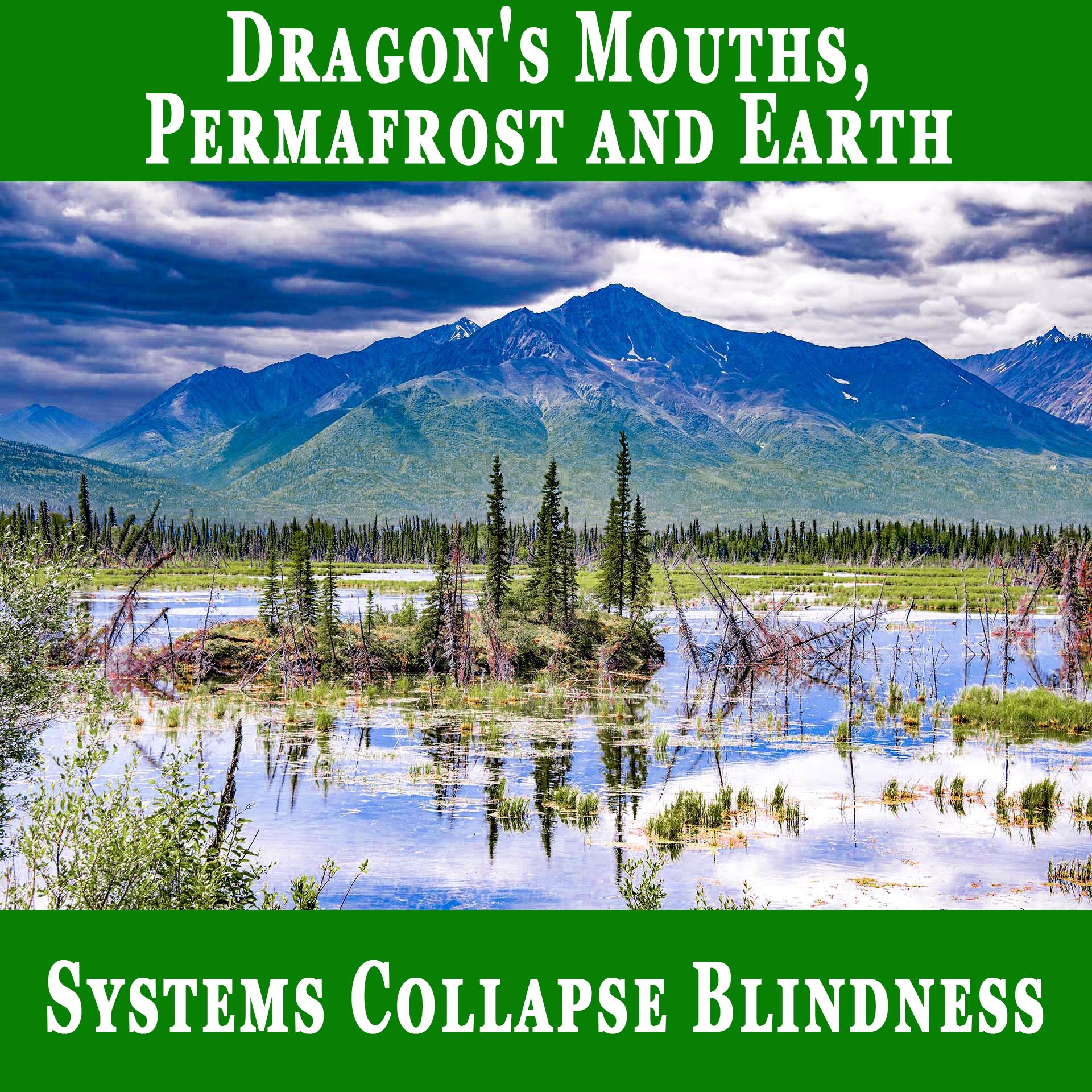 It is nothing short of amazing that scientists consistently find that ecological collapses have been activated, but do not connect that existing warming today, that activated these impacts, allows these collapses to cross the “point of no return” into irreversible collapse. That they believe these ecologies or systems will magically self-restore or that they can be coaxed back to life. These systems have collapsed because their evolutionary boundaries have been exceeded. When this happens the ecology collapses so that it can re-evolve with species tolerant of the new conditions. This is tenth grade biology. Why do our greatest scientific minds not see this?

These Earth systems collapses are directly related to climate tipping points, and they do not self-restore once activated unless the perturbation (warming) is removed.

A recent NOVA program, Arctic Sinkholes, that aired on 2/2/22,  on Dragon’s Mouths in Siberia says there is no sign that permafrost tipping has begun. This is wildly reticent. This program was a really interesting documentary on permafrost thaw, but it sits squarely within the reticent and understating boundaries of our current climate culture. Climate science is slow; it takes decades to gather enough data to show change. Climate scientists are themselves reticent to speak of unprecedented occurrences for fear of exaggerating. This reticence allows scientists to have a safety factor in their careers because if the academic journals feel a scientist exaggerates, they will stop publishing their work and the scientists career is degraded or ends.

The consensus upon which our climate policy is based is reticent too. Organizations like the Intergovernmental Panel on Climate Change, the EPA and the UN Climate Program are all encumbered by needing a consensus, or near consensus where all the scientists agree on their statements. Anyone knows that if one puts two experts in a room and asks for a common statement their will likely be compromise.

There’s is one other significantly damaging misstatement in NOVA’s doc that needs discussed. Professor Romanovsky’s “point of no return” in this NOVA documentary is quite misleading. He says  we have crossed the point of no return with permafrost thaw. He is partly correct, but wholly incorrect because of “scenario bias” I will speak of shortly.

(And a note on Point of No Return and the continuity of this NOVA story: If Romanovsky says we have passed the point of no return for permafrost, why hasn’t permafrost tipping begun?)

Some of the science says permafrost thaw and a buildup of methane gas underground causes the giant pressure explosions that create these giant craters called “dragon’s months.” Other science says ice formations called “pingos” have collapsed. Pingos are well-studied ice columns in permafrost regions that form for various reasons and when they melt, their earth covering remains intact until it suddenly collapses into the melt void, crashing far below with such force that earthen materials are ejected upwards, like dropping that bowl of mashed potatoes on the kitchen floor and it ejects up to the ceiling. That methane at high concentrations in these collapse craters would be common for either the pressure explosion or the roof collapse scenario because they both include permafrost thaw, where all permafrost contains methane caused by partially decomposed organic material trapped in the permafrost when it was deposited. You can read more about these Dragon’s Mouths at our post on the topic here from 2014 (same as the link above).

When I filmed Alaska in 2007 to film permafrost thaw I couldn’t find any and had to go to the University of Alaska Fairbanks and ask Dr. Katy Walter Anthony (featured in this NOVA Documentary) where all this permafrost thaw I had been reading about was located. It was there, right within the city limits, but there was very little in total because at the time there was still very little thaw.

This is that location Dr. Katy told me about in 2007, on the southeast side of Fairbanks near the airport.

The scientists at University of Alaska, Fairbanks believe this thaw was triggered by the nearby road that I am standing along to capture this image, when the average temperature rose above a certain threshold or the evolutionary boundaries of the system, where the local warming from the road then destabilized the permafrost. It is this threshold that is critical to climate tipping systems activation, that seems lost on most of the scientific community. These evolutionary boundaries are fundamental to our world. They are what keep our Earth’s systems, biologic or physical, stable in our old climate. Change these evolutionary boundaries and what happens? The systems collapse and then re-evolve with species or characteristics more tolerant of the warmed conditions.

With permafrost there is a thing called the enthalpy of fusion, or the heat of fusion; it defines how ice melts. It takes 189 times more heat to melt ice into water than it does to change the temperature of water (or ice) by one degree and not create a phase change. This is a classic physical tipping behavior.  Warming builds and builds heat accumulation in ice until the 289 times threshold is crossed and suddenly the ice thaws.

In 2007 we had to ask where the permafrost thaw was. In 2018 it lines the roads in may regions it was so common. The cover image for this article is of a massive permafrost collapse lake along the Glenn Highway in southeast Alaska. These lakes were common in southeast Alaska, southern Yukon and northern British Columbia as well.

It is important to understand I do not say that evolutionary boundaries “are lost on the scientific community” in a reckless way.  I am very fortunate to have been selected to sit on Sierra Club’s Climate Policy Committee in 2019 and help develop our new climate policies. I personally was responsible for the Club lowering their warming limit from 1.5 C to “less than 1 C” because of tipping activation and evolutionary boundaries.

Our body of science continues to believe that tipping is a distant thing when it has repeatedly been shown that tipping is now active (Lenton 2019, half of known tipping systems are now active). There is a reason for this, or several actually. Foremost, science is reticent. Scientists cannot afford to be understood as exaggerating so they purposefully understate their findings as a safety factor just in case. Science is also slow. It takes time to identify an issue, more time to collect data, and more time to evaluate and publish. Maybe more important though, tipping is poorly understood, or at least poorly communicated.

Permafrost degradation was what was happening in Fairbanks in 2007. This was the very first stage of tipping or Earth systems collapse. Like the forest clearing at the megaslump in Siberia in the 1960s in the NOVA documentary, vulnerable areas thaw first. Next comes active collapse. This is where vulnerable areas widen to include vast swaths of landscape. This is what we see happening in 2018 with our filming trip. The film that came out of this trip includes permafrost collapses –  Climate Change Across America – Inglorious Events. (Permafrost collapse starts at about minute 32.) 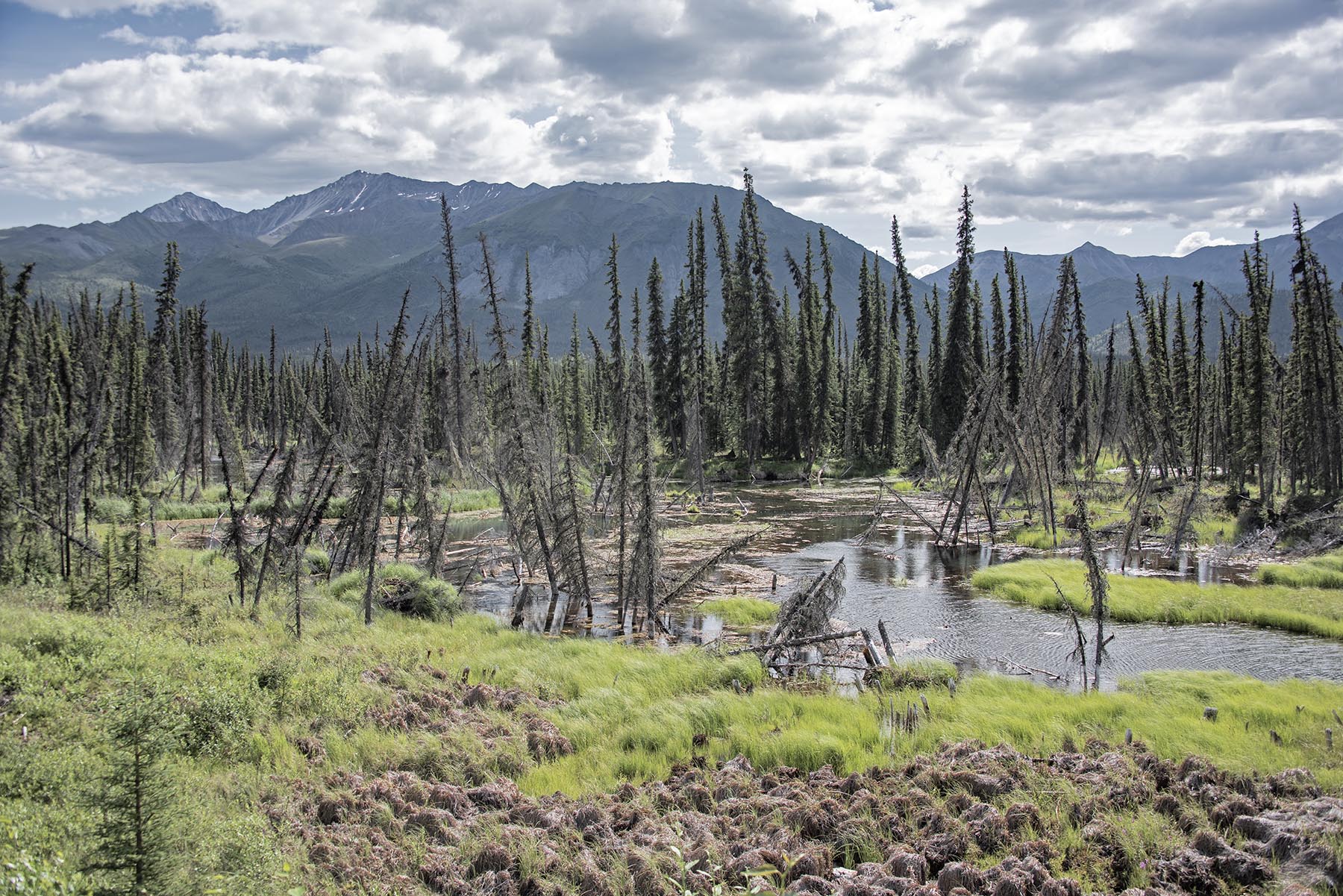 Romanovsky’s Point of No Return

The “point of no return” is commonly known as irreversible tipping and is responsible for much of the confusion about tipping being irreversible. Romanovsky is correct that with the permafrost that has already thawed it will take thousands of years to restore it. But he is incorrect that on the whole of permafrost has reached a point of no return. Generally, if we cool Earth enough, permafrost will stop thawing. This is the enthalpy of fusion noted above. Once we remove 289 times more heat from ice, than it takes to change temperature of water by one degree, the thawing permafrost will refreeze. the other reason is equally as simply.  This other reason is scenario bias.

Scenario bias is based on a 1.5 degree C warming target. All climate change scenarios have at best, a 1.5 degree C above normal warming target. There are no consensus science accepted scenarios less than 1.5 C. If permafrost is thawing now, with warming of 1 degree C above normally we see measured today, if we allow the temperature to continue to warm to the widely accepted 1.5 C, this is warmer than the temperature today that caused the permafrost to collapse. Of course permafrost thaw will be irreversible.

So, Romanovsky is correct, but he is correct because of the scenario bias. We need new scenarios. 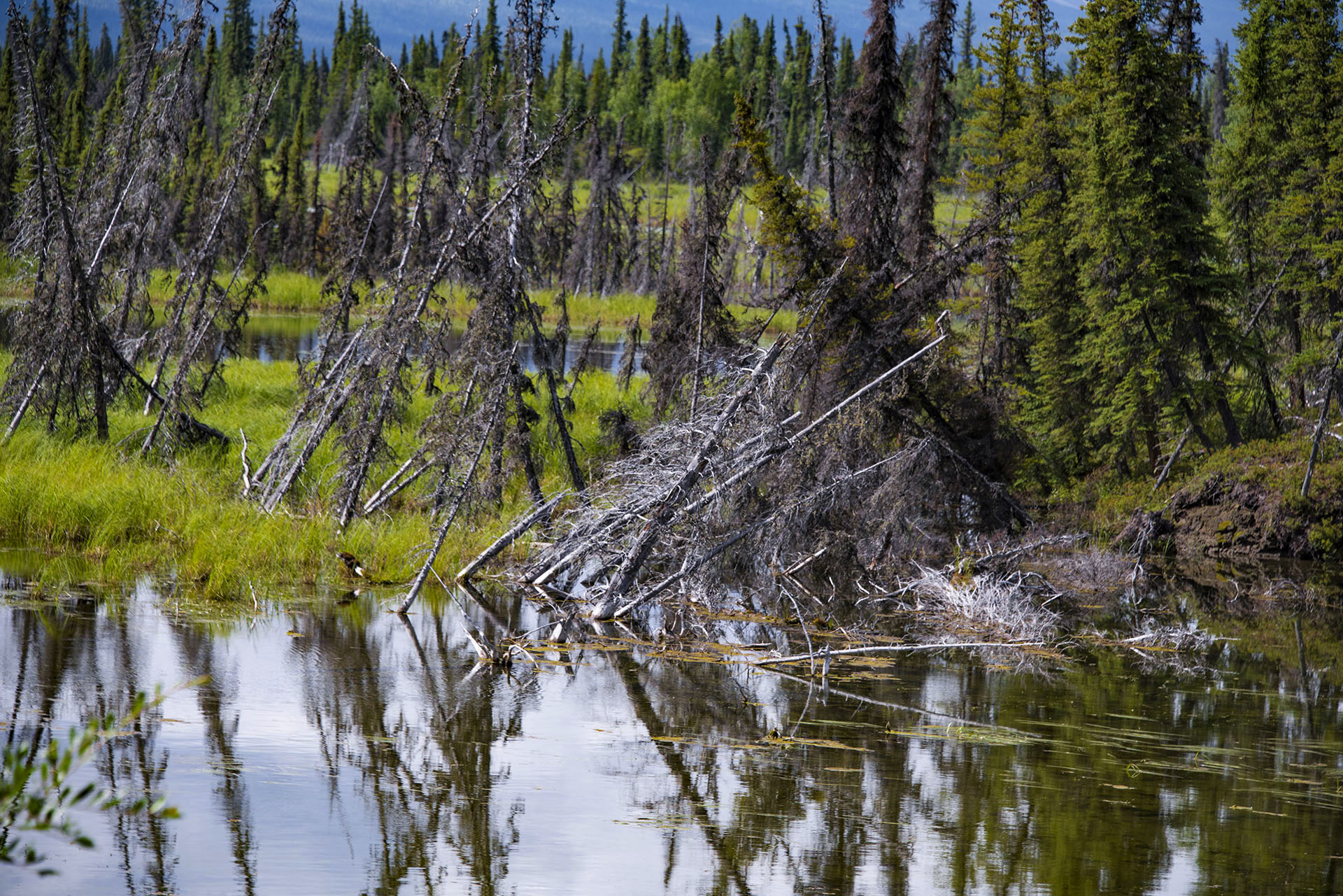 So the big deal here is that we have activated tipping in more than half of known tipping systems (Lenton 2019). Once tipping is activated, self-restoration is almost always not possible because of evolutionary boundaries. Most of these activated tipping systems will completely collapse and become irreversible if we allow the temperature to stay the same as it is today, much less warm further to 1.5 C.

An example of this tipping activation period is the good old pot of water on the stove. Water has three states, solid liquid and gas, and the change between states is irreversible once the point of no return is reached – once water turns to gas through boiling. When water vapor begins to bubble on the bottom of the pot, tipping activation has begun. Our climate warming is like us continually turning up the heat on the pot. This is what is happening now with the activation of Earth systems collapses. If we stop the increase of warming after bubbles begin to form on the bottom of the pot, if we stop turning up the heat, the water still boils. This is what happens to activated tipping systems if we halt all emissions and even if we magically stop warming in the pipeline caused by excess greenhouse gases already in our atmosphere so no further warming occurs. The only way to stabilize activated tipping and prevent it from going through the point of no return is to turn off the heat, so that the water in the pot is returned to its boundary conditions. Simply halting all emissions does not turn off the heat. Only by removing the excess greenhouse gases in our atmosphere can we turn off the heat.

Below is a scientific justification on climate tipping collapses and the need to restore evolutionary boundaries with a warming target of less than 1 degree C above normal, or less than the warming we have experienced to date.

Climate Emergency Response
The Urgent and Immediate Response Needed to Reverse Activated Climate Tipping With a Safe, Sustainable and Equitable Target of Less Than 1.0˚C Warming Above Normal
September 2021
https://climatediscovery.org/Climate_Emergency_Response_Austin_September_2021.pdf

This is a report on a less than 1 C degrees above normal warming target, and the evolutionary collapse imperative of irreversible and existential Earth systems climate tipping collapses that have prematurely been activated because of delay in climate pollution action, that do not self-restore unless we cool Earth to below the activation threshold of cooler than today, and the local and regional solutions of infrastructure implementation where local and regional entities are the masters at infrastructure globally, and globally we have yet to begin to reduce emissions.