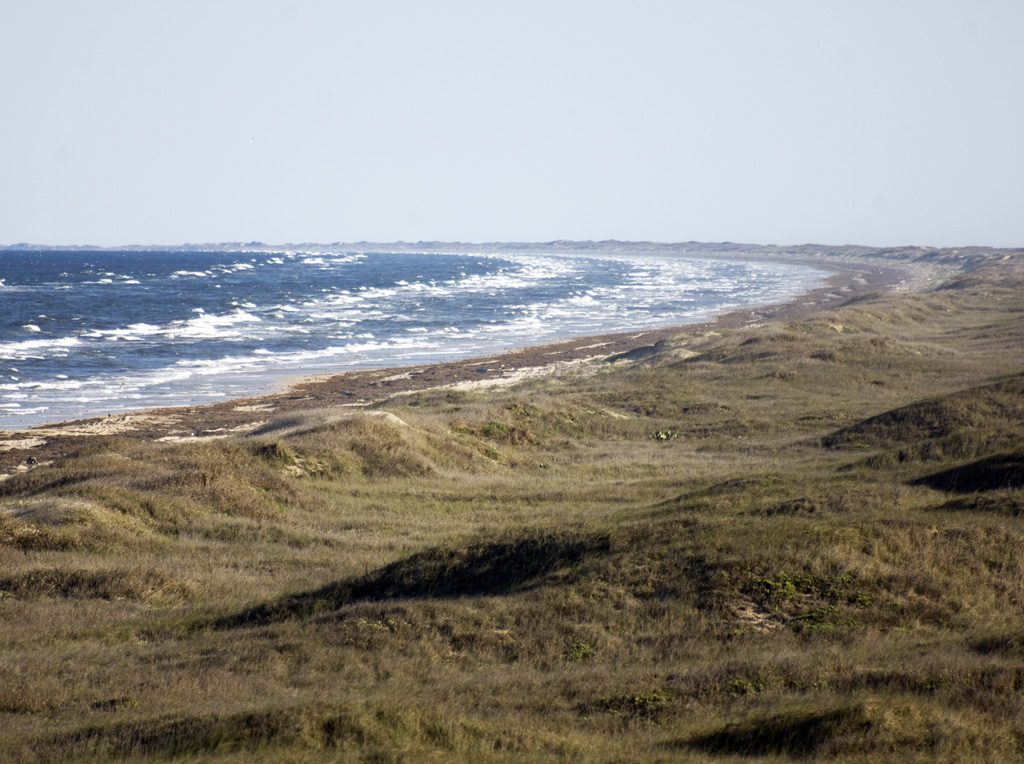 The Devil’s Elbow, Padre Island National Seashore. This is that point where the Texas Coast trends from Northeast to south; the big bend of coastal Texas.

The beach on Padre Island is gone at high tide, during non storm conditions, during the highest astronomical Spring and King Tides every year. It’s been disappearing for over a decade, since the Big Melt began in Greenland about 2000. It has become so bad that dunes on about 25 miles of both North and South Padre are eroding, some of them as high as 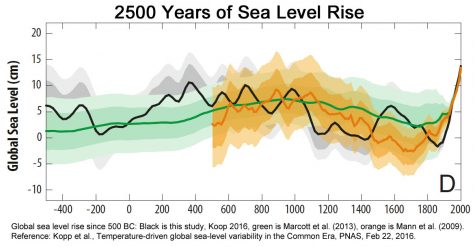 I have been a beach bum all my life. When I was a younger beach bum, my sand place was Surfside, just down the coast from Galveston. That beach was swallowed up by subsidence from oil and gas and groundwater extraction. It’s still there, or a much narrower representation of itself is still there. The first row of beach houses that once sat proudly behind the first row of dunes is gone, so are the dunes.

The sand place I frequent these days is Padre Island. There is no man-caused subsidence on Padre and no people either, at least not ones with houses just behind the dunes.  At least, there are no people on the island except for a few miles north of the town of South Padre Island; replete with high rise condominiums at the very southern tip of Texas .The northern part of the island is Padre Island National Seashore and there are no people there either. But just because there are no people does not mean there is no subsidence. Natural subsidence from sediment compaction is common around the world. Basically, all beaches where there are not mountains or rock just inland from the sea are subsiding because of natural compaction of sediments. So then, why have all beaches not disappeared like Surfside? 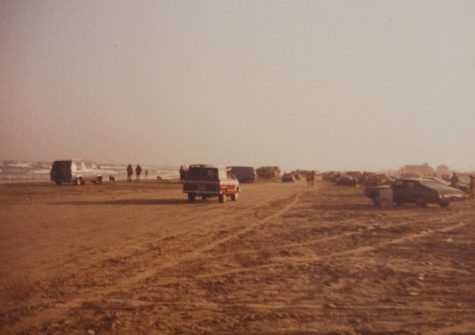 Surfside Beach, Freeport, Texas, 1978. This beach is long gone from man-caused subsidence, as well as all the rest of the sea level rise mechanisms.

A beach is possible the most robust environment on Earth. It can be totally wiped out by a megahurricane and completely self-heal within a few years. So a few millimeters of sea level rise every year is nothing to a beach. Even when added up year after year; beach don’t care. It remains the same. The same width, the same dunes, birds, lizards, coyotoes, crabs, everything. A beach is a tremendously dynamic ecological zone.

Like all ecosystems however, a beach has thresholds. Cross one and something completely different happens. It’s like polluting a river. We can pump pollution into a river for decades and the river keeps rolling along, maybe it gets smelly and green, but it’s still a river with fish in it. But increase the amount of pollution in it just a little more and all of the sudden the algae population explodes and when the algae die, thier decomposition sucks all the oxygen out of the water and all the fish die too.

These environmental thresholds are all around us. Drought is a really good example. Some plants can dry out and go dormant, some can’t. Those that can’t exhibit a threshold behavior to dryness. All environmental systems have thresholds.

So a beach has a sea level rise threshold which is about seven millimeters per year. Once sea level rise crosses this threshold, the beach can no longer self-heal and it begins to disintegrate and eventually, depending on how frequent storms are and how fast sea level is actually rising, it will disappear. 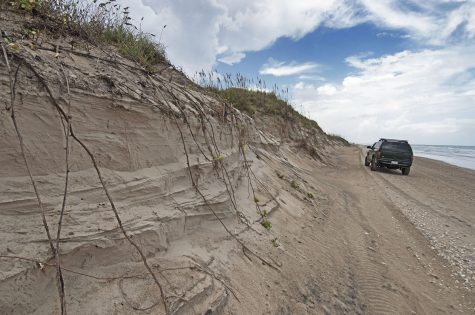 Mile 52, Padre Island National Seashore, October 2014. This area is in the sand starvation shadow of Mansfield Pass, but astronomical high tides have now begun erosion of more than a dozen miles of beach with smaller cuts of up to a few feet. Everything has to start somewhere, and it has now started on Padre.

This new sea level rise work by Kopp et al., does one thing: it explains sea level rise with a picture that we can all understand these days. Those poor Canadians have had their national sport hijacked by climate scientists who shamelessly use the label “hockey stick” to describe their graphs of our rapidly changing climate. Previous research showed sea level rise was some sort of linear thing. This has always been a sticking point with natural scientists. We were not sure if our oceans were so stable that they could absorb the nonlinear heating over the last 50 years, or if ice melt and thermal ocean expansion just wasn’t as significant as we thought. Neither are valid. Sea level rise is rapidly accelerating after all.

Then last year Hay et al., completed a reevaluation of global sea level rise data for the 20th century and found some discrepancies in data older than about 1990. (see here) The older data showed a bit more sea level rise that it should have. This means that the kick in the blade end of the hickey stick is even bigger than Hay describes it. the nonlinearness of sea level rise is even greater.

Sea level rise is responding like everything else to increasing greenhouse gases–rapidly. It’s not a linear thing any longer.

Padre not only has natural subsidence, it has sand starvation too. Dams on the Rio Grand in the US and Mexico have captured much of the sand that normally flows to the sea and nourishes our beaches. Because the Rio Grande discharges at the southern tip of Texas, and the predominant current there is northerly and northeasterly, less sand nourishes South Padre Island, and the closer one gets to Mexico, the bigger the malnourishment becomes. To a beach, less sand looks a lot like sea level rise. And btw, if you have ever been to South Padre’s high rise condo beach, they nourish that beach artificially by piping in sand from marine channel deepening projects.

About 30 miles up the coast towards the Devil’s Elbow there is a cut through the island called Mansfield Pass. It was put in by business interest in the  late 1950s hoping to create another major coastal port. Grand visions of the port failed and it’s still a forgotten place, but the pass is still there with its 2,000 foot-long jetties. The jetties capture northward moving sand on the predominant northward moving current and now the beach on the south side of the south jetty is 1,800 feet wider than the beach on the north side of the north jetty.

Change the length of the cold season and this increases the amount of time the southern coast sees southerly winds, increasing the length of time the northward flowing water dominates. It pushes the intersection of the two currents farther north and east. Where the two currents meet, water piles up creating a local sea level rise effect. So when these changing conditions are added to already subsiding beaches, the apparent sea level rise increases even more in some areas.

And then there are vagaries in coastal geology that mess with the coastal currents. One of these places on south Padre Island is called The Narrows. It’s always been a place where the beach was skinny because it is a particularly sensitive for one geologic reason or another, and as a consequence it has a hard time apparently, keeping well nourished.

Beaches don’t care if it is apparent sea level rise or not, it is all sea level rise to them. And they don’t care that much about normal conditions either. It’s the extremes that matter. The astronomically high Spring and King Tides in the spring and autumn now erode into the dunes. Last year Padre Island was closed to the public for four days because the Kind Tide in October had covered up the beach and was eroding into the dunes.

Because sea level rise has now been demonstrated to be nonlinear (which makes a lot more sense with the nonlinear way that warming is increasing) we now have even less time to to save our beaches.

Please tell your friends. Geologic change, whether caused by humans or mother nature, is permanent in time frames that matter.

The Oceans Are Rising The Beaches Decree, by the band Climate Change: