Climate Change T-shirts Launches: Why Global Warming Psychology Will Save the World 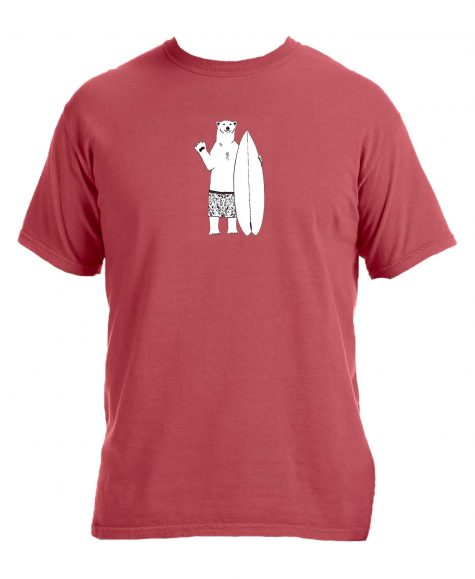 Global warming psychology, this burgeoning new discipline of science that seeks to understand why we don’t trust climate scientists when we trust virtually all other scientists almost implicitly, is very clear in its findings: old science communications strategies have failed and we must use new techniques to communicate the climate change challenge. None of the warming is “natural.” Our climate should be cooling naturally now. Global cooling pollutants (smog from burning fossil fuels) have masked 30 percent of warming that should have already occurred.

There are many reasons that the last 25 years of climate science outreach has failed and leading the pack is vested interest’s propaganda, or the Climate Change Counter Movement (CCCM.) The CCCM was first defined by Brulle with work done at Drexel and Stanford in 2013, but we all know what the CCCM is. This “movement” uses many aspects of our science communications challenge as the basis for their efforts to elect officials who promote their agenda and spread “facts” that are either wildly inaccurate, or taken out of context.

Our unfamiliarity with climate is a prime example. It’s not the average warming set forth in climate projections that are used as the basis for policy by consensus organizations that broadly summarize the science, it’s the extremes. It’s not a distant problem for future generations, it’s happening now. Simply reducing or even halting emissions is not the solution as even the best case scenario of 80 percent reduction by 2050 allows double to triple the warming already endured–in just 35 to 45 years. Most importantly, it’s the lag in impacts from the time of emissions that critical.

Wildly misrepresented too, are the solutions. Treating climate pollution in our sky should be the number one consideration because annual emissions are less than 2 percent of the already emitted pollution that is doing the warming. It’s a pollution management problem and only reducing emissions allows the load of pollution in the sky to continue to increase. In today’s climate culture, the disconnection between emissions reductions and the long-lived accumulation of climate pollution in our sky is so great that anything that does not cause the extinction of the fossil fuel industrial complex is simply not considered as a valid solution.

Most important with the science of climate; it’s the climate lag. It takes decades to generations for impacts to be fully realized because of the great ability of our oceans to cool the planet. And it’s tipping points or thresholds that are initiating now, that cause changes 10 to 100 times more extreme than those suggested by policy, that are not fully realized in the academic literature because science has yet to be able to robustly model abrupt changes, that will define our future.

The shut down of the Gulf Stream, catastrophic demise of high altitude and high latitude forest ecosystems, the abrupt collapse of the West Antarctic Ice Sheet and abrupt sea level rise of 10 feet in 35 to 45 years–these things are our challenges. Their abrupt thresholds have already bee initiated and if we do not return our climate to zero warming in just a few decades, these initiations will complete and will result in abrupt impacts that can only seem like science fiction now. It’s not the averages that are important in time frames that matter, it’s the extremes. To ensure a healthy climate in our near future, science communications strategies must change.

These new communications strategies and their global warming psychology are the backbone of the Climate Change Now Initiative. Our newest campaign is Climate Change T-shirts. Our eCommerce site is up, but not yet fully functional, and the business to business model catalog launched last Friday. Lots of great art in a nonprofit climate change tee that uses psychology to increase awareness!

Just a t-shirt can change the world, if enough of us wear them proudly. But not any t-shirt, or any message will do. Many messages play into the hands of the CCCM and enhance fear and paranoia leading to apathy and inaction. And it’s not just the message. It’s think time in our brains.

Because climate change like we are experiencing has never happened to our society, we literally don’t know how to behave. We have no memory that can guide our actions. Because we are unfamiliar with climate change, our thought processes are cautious. Caution engenders doubt–exactly like CCCM strategies work so hard to do. Doubt allows us to mistrust climate scientist and the circle is complete.

Thoughtful messages, and even simple images alone allow contemplation. It’s this increased amount of thought that increases familiarity in our brains. Like cancer, unfamiliarity breeds fear. This is basic human nature. But once we spend enough time with doctors, the fear abates enough to allow rational thought because we have become more familiar with the subject.

If we can just find a way to think more about climate change, our unfamiliarity will decrease. Even the image of a simple polar bear with no message at all increase our thought about climate change because over the years the polar bear has become almost universally associated with climate change. The process has begun, but it needs to happen much faster. A national t-shirt messaging campaign can enhance new thought. And, 100 percent of revenues support the Climate Change Now Initiate–a nonprofit, 501c3 charity designated by the Internal Revenue Service.