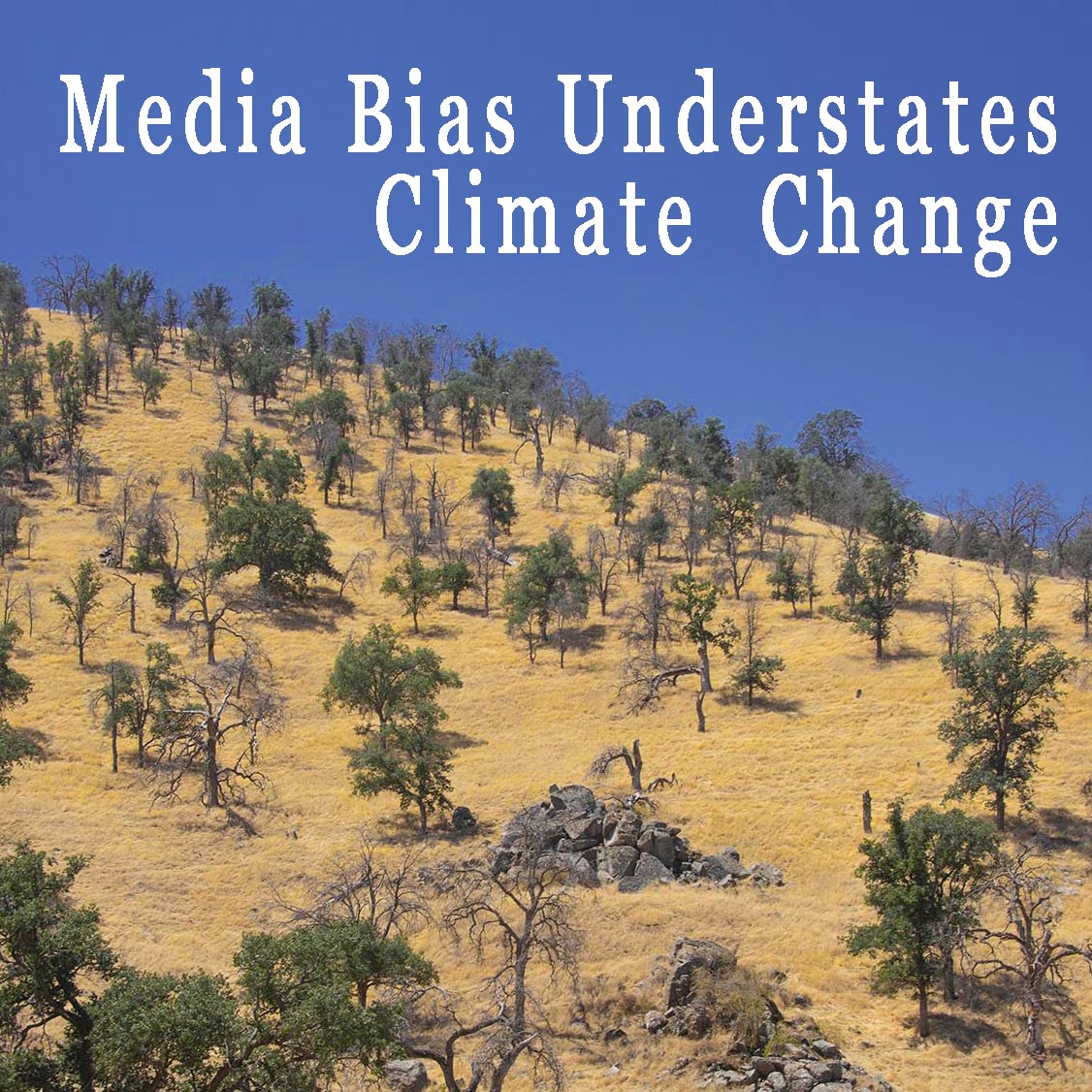 “Climate Change is a Wicked multidimensional problem,” say the authors of this research  from Nature Communications on the disparity between publishing of articles on climate science vs. climate antiscience in the media.

The motivation of this study was, “to provide insights into sociotechnical dimensions of climate change communication in a way that shows how hybrid print and digital media have contributed to the broad production and dissemination of information that runs counter to available evidence concerning trends, attribution, impact and scientific consensus levels relating to climate change.” What the data show are that from 2000 to 2016, climate contrarians are featured in 49% more media articles than climate scientists.

The researchers define contrarian “as a person that takes up a contrary position that is opposed to that of the majority.”  The 386 contrarian authors and commentators studied here, “have demonstrably expressed and disseminated contrarian views outside of traditional scientific discourse and/or have been relied upon by either contrarian organizations or the media to represent contrarian views.” Contrarian views are defined as, “nonconsensus views that oppose what most scientists consider to be established facts—that climate change is currently occurring, that humans are primarily responsible, that the scale of the change and its impacts is significant, and that there is nearly full consensus within the scientific community in this regard.” A similar 386 climate scientists were selected for evaluation, where all of the contrarians and or scientists were evaluated as the most cited based on multiple metrics.

What this research shows is that clearly, antiscience gets more traction in the media.  The study does not say why, just that this is a thing, as the motivational statement in paragraph two above states, “media have contributed to the broad production and dissemination of information that runs counter to available evidence concerning trends, attribution, impact and scientific consensus levels relating to climate change.”

A deeper interpretation of these findings however, shows a far more critical media bias that wildly understates the urgency of the climate emergency.  The media is not just giving equal weight to both sides of the argument in as defined by the classic fairness bias or false balance behavior in the media (see here, here, here,) they are giving half again as much focus on the contrarians rather than a equal and fair presentation of both sides.

However, in classic understating style of academic literature, this statement wildly underestimates the problem caused by this unequal representation discrepancy.

What appears now, with this 50 times greater influence capacity of media publications, is that the antiscience has a tremendous advantage in advancing antiscience thinking. And, the biases do not stop here.

Tien Vu 2019 analyzed 37,670 articles in four different languages and found that affluent nations significantly report climate change as less of a problem than less affluent nations. ” ‘Alarming or not, climate change is becoming an increasingly hard subject to sell in much of the media … Editors are simply bored with what they think is an old story they have heard before.’ If the most important function of the media is to inform the audience on various social realities, this apathy of the press toward climate change may very well be causing limited understanding of the phenomenon among the public. The mass media have a vital role in shaping the public’s understanding of scientific issues. Heightened media attention to scientific issues can influence how science is translated into policy. The lack of journalism and public concerns on climate change would take away the ability of the media and the public to influence policymaking regarding such an issue.”

What the findings show is that overall, “the press from the countries in the sample favors the International Relations frame the most. This [International Relations frame] reflects the fact that climate change is a global issue that needs to be dealt with at the global level.” What is important about this philosophy of affluent nations is that those who are most responsible for emitting by far the most climate pollution, are saying that this is an international problem. Affluent nations are responsible for 70 percent of all emissions ever made, but account for only about 30 percent of the global population. This framework of affluent nations perception of their responsibility for climate change is embarrassingly inequitable.

This is still not the end of the newly discovered biases.  Media coverage even influences academic findings as Lewandowsky 2015 tells us,  “We show that although scientists are trained in dealing with uncertainty, there are several psychological reasons why scientists may nevertheless be susceptible to uncertainty-based argumentation, even when scientists recognize those arguments as false and are actively rebutting them.”

The media bias can influence the scientists that are publishing the findings that the media is baising. Lewandowsky says, “Specifically, we show that prolonged stereotype threat, pluralistic ignorance, and a form of projection (the third-person effect) may cause scientists to take positions that they would be less likely to take in the absence of outspoken public opposition. We illustrate the consequences of seepage from public debate into the scientific process with a case study involving the interpretation of temperature trends from the last 15 years. We offer ways in which the scientific community can detect and avoid such inadvertent seepage.

The stereotype threat concerns researchers who are accused of being alarmist, exaggerating, having hidden agendas, researching for the money, or having predetermined biases that color their findings. To overcome this “threat” researchers tend to overreact or over correct. They allow the anti warming message to seep into their work. Their findings tend to be overly cautious, understating, and reticent to state the full impact of their findings. They can accept and republish propaganda that is either disproved, or otherwise false, but has been repeated so long and so many times it becomes valid regardless of reality.

Pluralistic ignorance states that “scientists may underestimate the support for their own opinions, increasing the likelihood that those opinions may be abandoned or softened.” It also is a concept with scientists where they attributing a lower level of awareness to their peers than their own personal behavior would otherwise reveal. Fundamentally, pluralistic ignorance comes from negative propaganda or the  propaganda effect: repeat the lie long enough and loud enough and it becomes fact in people’s minds.

The case study the media bias infiltrating climate science, or of “seepage,” is of the “warming hiatus” from about 2000 to 2010,  that was not a “pause” in warming at all, but this concept “seeped” organically into academic literature nevertheless as a fact when in reality there was no pause. the propaganda however was strong enough to influence climate scientist who recognized this non–scientific statement by non-scientists in their literature. All of which was dispensed with as fallacy after a half dozen years had elapsed and robust science overcame the propaganda.

I summary, the biases that understate climate science are numerous and we have now discovered another one. Add “media bias” to the climate change countermovement’s propaganda, scientific reticence, consensus compromise, media’s false balance, political influence, inability of climate models to address abrupt changes and extreme weather events, and the fundamental challenges of stationary climate data in statistical analysis.