What Is the Most Meaningful Way to Increase Climate Action 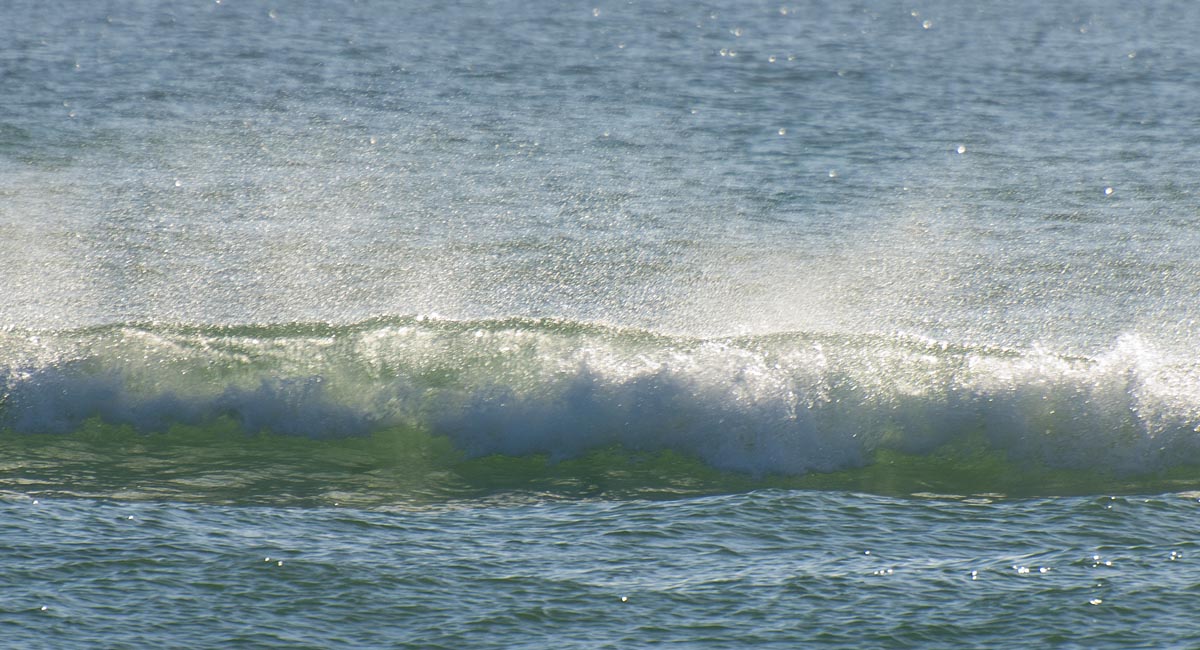 NOAA now projects 9 inches of sea level rise on average globally by 2035. At greater than 12 mm per year, this sea level jump is significantly beyond the barrier island disintegration threshold of 7 mm per year. NOAA now says we must plan on 10 feet of sea level rise by 2100. This amount is only half of their ostensible ice sheet collapse waning in the spring of 2016 for 10 feet of sea level rise by mid-century, which is only half of evidence from prehistory during our last interglacial of sea level rise of up to 10 feet in 12 to 24 years. All of this belies the fact that earth systems on a warmer planet respond more extremely than on a cooler planet, and it is the extremes that matter in the disintegration of 2,000 miles of barrier island along the US Gulf and East Coasts. For more, see our new post yesterday about the new sea level rise reports from NOAA and the Union of Concerned Scientists, “Sea Level Rise Scenarios Starting to Catch Up With Prehistory.”

What can we do as individual citizens that is the most meaningful of all climate change actions? How can we best use our time to create the biggest difference? This question has a very surprising answer.

The 2016 Yale Program on Climate Communications poll Spiral of Silence is a short, simple “must read” for anyone wanting to understand the complexity of this challenge.  Even though a very significant majority of us are concerned, we don’t do hardly anything about it. Yes, many of us have fuel efficient cars and practice other many behaviors that help, but the primary thing holding us back is simply that we don’t talk about it enough–hardly at all really. This is true about the general public, our leaders and most importantly, the media.

As a society we have never encountered climate change before. We therefore have no knowledge of how to behave. This unfamiliarity encourages doubt, procrastination, delay, avoidance and even fear. These things have allowed debate to occur. Vested interests have worked very hard to enhance this debate, but fundamentally it is a problem of unknowns. When we are faced with unknowns, instinctively as a species we tend to avoid.

Fundamentally then, the solution is talking talking about climate change more. This helps our subconscious become more familiar with the topic. Increased familiarity then allows deeper thought as unknowns and avoidance are diminished. It’s this increased awareness that will help us finally implement meaningful climate pollution reform. There are three facets to this communications conundrum: individual effort, the media, and lobbying.

Facet One–Individual effort: Individual effort has two parts: One) Letters to the editor (LTEs) are the single biggest tool of individuals’ outreach because of media leverage. Fundamental to LTEs is that they are the voice of ordinary citizens’–peers to everyone. Media publication of LTEs make them a mass communications tool. See the Citizens’ Climate Lobby for guidance on LTEs. Two) Increased communications between individuals should adhere to techniques that enhance communications: be neutral, cite references, speak in positive terms where climate action is beneficial and not based on negatives/drawbacks/endangerment, pose statements as questions, and avoid preaching–relate to the person/audience that you are speaking to.

Facet Three: The third facet is lobbying of lawmakers and this facet will only briefly be mentioned here. The Indivisible Guide and Citizens’ Climate Lobby are two of the most comprehensive guides to how normal people can make a difference through lobbying of our leaders. Direct lobbying has the capacity to change the world through rule or law far faster than public concern–even in opposition to majority public concern, but it’s nuanced and takes more time than other personal actions.

The opportunities for weathercasters to talk about climate are virtually endless but very often, they are reticent to speak because of; the wishes of their bosses, individual biases, and reticence because of incomplete climate science knowledge. There is a vast academic difference between weather professionals and climate scientists, even though the vast majority of citizens don’t see a difference. However, the lack of academic climate science knowledge of weather professionals is easily overcome because most weathercasters are familiar enough with the fundamentals to deeply understand climate, once their individual biases are overcome (bosses, political views, or reticence.)

The challenge is simply to get weathercasters to say “climate change” or climate change related things more often. It matters not the context, it’s the simple repetition that helps our brains become more familiar with the topic so that deeper thought can occur. How do we encourage our weathercasters to talk about climate more?

1) Identify candidates to encourage — Conservative outlets are not very fruitful. Gain the trust of recruits through multiple and persistent communications. Simple forwarding of well thought out and well referenced climate change journalism is the most important building block of this relationship, followed up by personal conversation wherever it may be had.
2)  Encourage the use of the George Mason University/Climate Central coordinated Climate Matters Program of weathercaster climate change content, as presented in the Bulletin of the American Meteorological Society (BAMS). The Archive of Climate Matters meteorologists’ educational content is here and includes regular new content for forwarding.
3) Encourage weathercasters to post about climate in their blogs. This is the gateway drug to talking about it on air, in front of audiences, in print, etc.
Individual tasks:
A) Forward well referenced climate journalism timely, during or immediately after climate enhanced weather events. The journalism forwarded in no way must be associated with the weather extreme that just occurred. The reason: when a weather extreme occurs, the public is primed to listen to climate change content of any kind.
B) When a climate change reporting “angle” is missed by weathercasters (or reported in error), let them know about it timely and politely and reference your work. This simple communication enhances the personal relationship with the weathercaster if done thoughtfully.
C) Let your weathercaster know that his/her public communications is/are one of the most meaningful things that can be done to increase climate safety.

Topics that can be easily integrated into the weathercast: Repeated mentioning of climate change statistics on new weather records is the big hammer in weathercasters’ climate change communications enhancement tool box. But, a common weathercaster justification for not talking about climate is they only have 3 1/2 minutes of air. The antidote is that these interjections are very short, can take the place of other things, and are extremely important to climate change awareness. Specifics:
* Every time a record is broken, repeat the terse talking point “Globally, high temperature records are being set at twice the rate of low temperature records.”
* Whenever extreme weather occurs: “Extreme weather is much more likely on a planet with a warmer climate.”
* Whenever the daily temperature is significantly above average: “Our latest 30-year averages are warmer than in the past. This decreases the the number of degrees above average of today’s temperature.”
* Use 20th century average temperature, not National Weather Service 30-year averages.
* Substitute climate change outreach for the weather radar segment when no rain is in the region or short-range forecast. It’s only six seconds, but two complete short sentences can be delivered in six seconds.